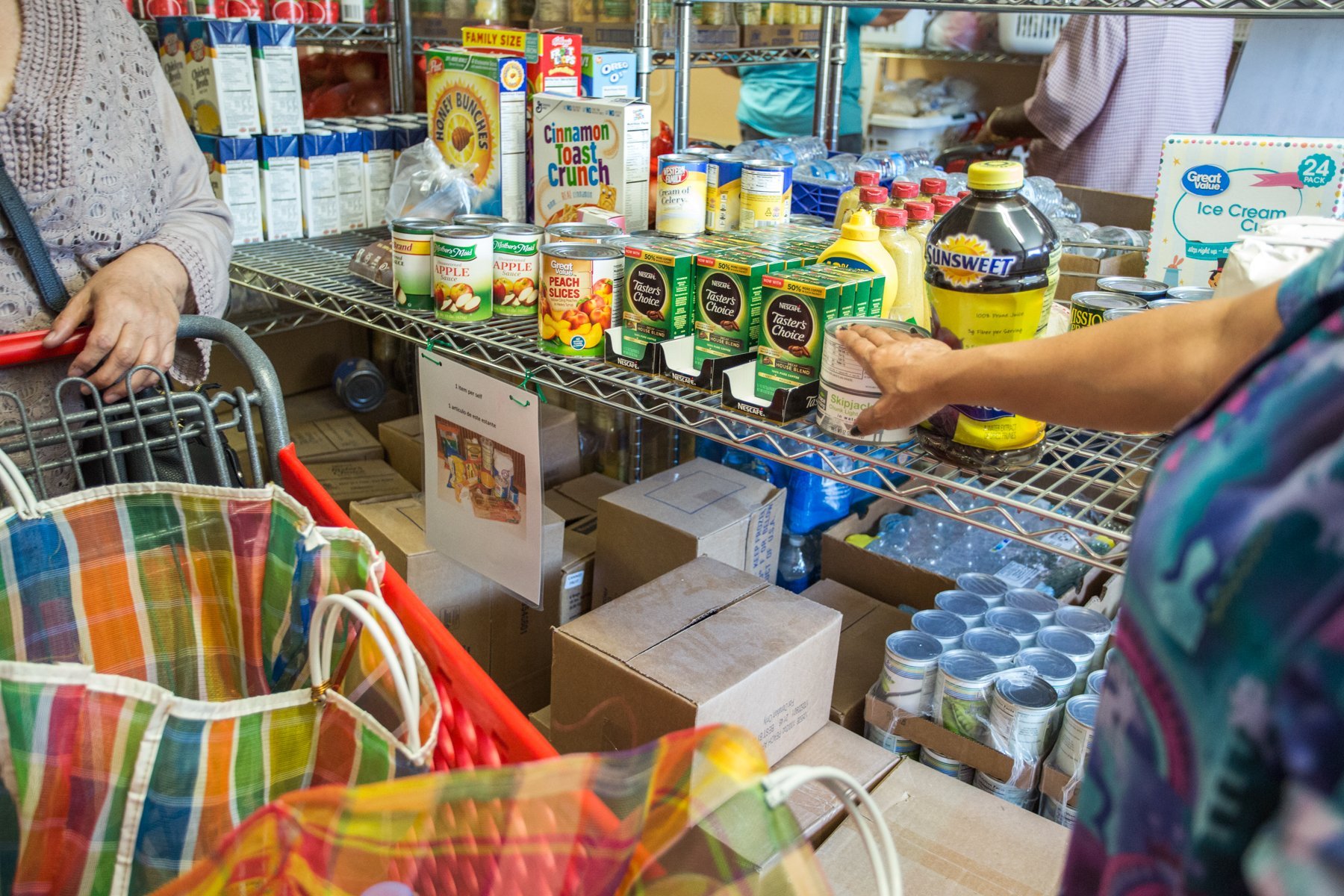 The Supplemental Nutrition Assistance Program (SNAP), also known as food stamps, assists millions of Americans in accessing nutritious food and is one of the nation’s cornerstone safety net programs. The criteria for families and individuals to receive SNAP is based on income levels and household size. Each state has a process that determines eligibility, and it is usually set by the gross income (at or below 130% of the poverty line), net income, and assets, like a savings account.

Another way that families and individuals can receive benefits is through broad-based categorical eligibility. With categorical eligibility as it currently stands, states have the authority to automatically enroll households in SNAP if they have already qualified for other benefits like Temporary Assistance for Needy Families (TANF), for example, without having to go through a separate application process for SNAP. Categorical eligibility allows working families in need of food assistance, who won’t typically qualify for benefits because of income and asset limits, to be eligible. It allows not only these families, but elders, and the disabled who have difficulty making ends meet, to receive benefits as they work towards economic stability.

A new rule proposed by the Trump Administration would remove families from this twenty-year-old program and subject them to harsher criteria in order to apply. The rule change would sidestep Congress to weaken SNAP and make millions of people ineligible for this public benefit, increasing food insecurity rates.

According to the USDA, the proposed rule will: “1. define “benefits” for categorical eligibility to mean ongoing and substantial benefits; and 2.  limit the types of non-cash TANF benefits conferring categorical eligibility to those that focus on subsidized employment, work supports and childcare.” For example, a household in Ohio that qualifies for TANF will receive SNAP currently, but under the new proposal, the household’s modest savings (assets) may make them ineligible. The new rule could make as many as 37,000 Ohio residents ineligible.  Nationwide, 3.1 million are at risk for losing SNAP benefits.

Categorical eligibility has been applicable for over 20 years and in over 40 states, easing the burned of paperwork and bureaucracy for millions struggling to make ends meet  One of the most significant aspects of the rule is that it automatically certifies eligible students for free school meals without the schools having to enroll them individually. If the changes are implemented, if a child’s parent is no longer on SNAP, the children no longer receive free school lunch. The USDA estimates that 500,000 children will be impacted if this proposal will take effect.

This recent proposal is yet another attempt by the Trump Administration to weaken public benefits programs. On August 14, 2019, the administration approved another change that was pointedly targeted to hurt immigrants and the immigration process. The public charge test is used to assess whether an individual seeking a change of immigration status in the U.S. could be deemed inadmissible because they receive public benefits.

The new rule fundamentally expands the definition of public charge as an immigrant “who receives one or more public benefits for more than 12 months in the aggregate within any 36-month period (such that, for instance, receipt of two benefits in one month counts as two months), and defines public benefits to include federal, state, or local cash benefit programs for income maintenance and certain health, nutrition, and housing programs that were previously excluded from public charge determinations, including non-emergency Medicaid for non-pregnant adults, the Supplemental Nutrition Assistance Program (SNAP), and several housing programs.”

This August, the administration included SNAP, housing assistance programs, and Medicaid for non-pregnant people to determine whether immigrants would qualify for a green card or any adjustment to their legal permanent resident status. This means that immigrants may have to choose between accessing needed programs for their families, or risk being denied a change in their immigration status.

In a move widely condemned as anti-immigrant, the government’s expansion of the public charge rule was sold to the public as an assurance of “self-sufficiency,” that people coming to the United States as immigrants, refugees, or asylees would not rely on the government for assistance.  The rule, slated for implementation October 2019, will cause widespread confusion and fear that advocates expect will deter those in need from accessing benefits they are intitled to receive. Most immigrant households contain members with mixed status, and as such it puts everyone at risk, whether real or perceived.

The reasons the Administration has given for these proposed changes are often vague or non-conclusive. For the categorical eligibility change, the USDA asserts that states were taking advantage, siting a case of a Minnesota millionaire who applied for and received government assistance. They assert that removing it will save the federal government $1.9 million per year in SNAP costs.

However, the USDA also admits the very real cost of the proposal: “The proposed rule may also negatively impact food security and reduce the savings rates among those individuals who do not meet the income and resource eligibility requirements for SNAP or the substantial and ongoing requirements for expanded categorical eligibility.”

As it stands, SNAP does not offer enough to meet the true food budget for most households. For example, a New York City household currently participating in SNAP will only be able to use it for 39 meals a month. That is just over a third of the 90 meals required to meet nutritional guidelines. The “meal gap” is often covered by emergency food providers, skipping meals or being forced to buy cheaper, less nutritious food.

In the U.S, one in ten working people are food insecure. Emergency food providers, already over-used as a consistent source of food for millions of families, will only be more over-burdened by these changes. For every meal that Feeding America food pantries provide, SNAP provides nine. Any change to the number of people able to access meals through SNAP affects the businesses that receive those benefits: groceries, farmers markets, etc. For every dollar spent by SNAP, $1.70 is added to the economy.

What can we do?

With both these attacks on SNAP and by extension, our most vulnerable communities, organizations, elected officials, and individuals are stepping up to fight. Democratic governors from states including Nevada, North Carolina, and Pennsylvania sent a letter to the USDA detailing how the proposal would negatively affect them. The U.S. Conference of Mayors also penned a letter detailing the particular impact it would have on school children.  WhyHunger joined anti-hunger and poverty organizations across the country in speaking up and calling for action.

Advocacy around these changes expands the focus of anti-hunger advocates. Nutritious food is a human right, therefore any attack on SNAP is an attack on the right to food. Protecting safety net programs is vital, because any decrease of individuals receiving benefits, means an increase in hunger and an increase in the demands on the emergency food network.  But we must go even further than that. The public charge rule change illustrates the intersectionality of the root causes of hunger. Threatening an individual’s immigration status through their usage of benefits programs to access food means that as anti-hunger advocates, we have to look at what causes food insecurity with a wider lens.

No one should have their access to food threatened because they want to change their immigration status or build up their savings as they work their way to a more stable lifestyle. To really address hunger, advocates need to highlight and fight the root causes of hunger. With these two changes, that includes fighting for humane immigration reform and protecting public benefits.

Public comment on the categorical eligibility proposal is ongoing until September 23rd. Please add your comments here. If you work with schools or organizations serving children, here’s a sample letter to send to the USDA.

For Public Charge, go here to learn what your rights are as it relates to benefits. If you work with immigrant populations, please share this with them. 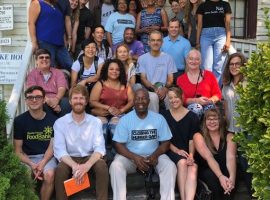