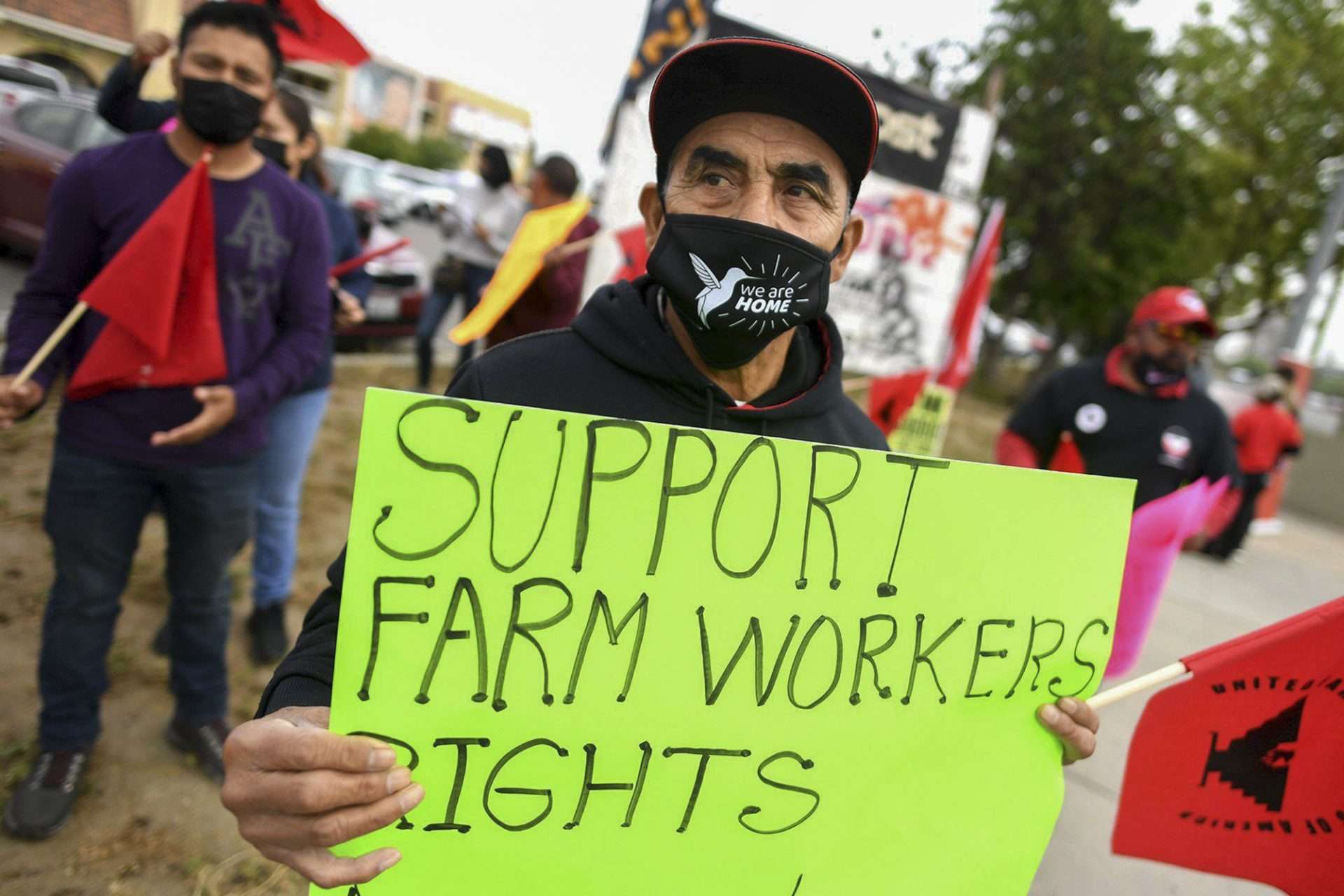 According to the American Immigration Council, the United States labor force in 2019 was comprised of 28.5 million immigrant workers, with the largest percentage of workers in the agriculture industry. Migrant workers are an integral part of this country and are often forgotten about or criminalized despite the immense impact they have across all industries. Unfortunately, this population is facing great adversity as the U.S. Senate nears a decision on the Farm Workforce Modernization Act (FWMA). Initially proposed in 2019, the bill claims it will streamline the citizenship process and H-2A worker visa program for farmworkers, which will in turn reduce food prices. There have been an abundant number of concerns from farmworkers and advocates who warn that the passing of this bill will cause more harm than good.

On Thursday, August 4th, WhyHunger tuned into an important and pressing conversation hosted by Sonia Singh from the Food Chain Workers Alliance, Tracy Ann Hines and Gabriel Allahdua from Justice for Migrant Workers, Luis Jimenez, and Edgar Franks from Familias Unidas por la Justicia. The livestream opened with a discussion on how the proposed FWMA will introduce a plethora of problems. Not only will it limit the path to legal status, but also expand the exploitive H-2A program and E-verify across the entire agriculture industry. Ultimately, the speakers explained how the bill will actually increase immigration enforcement and give employers more power over undocumented workers.

Edgar Franks from Familias Unidas por la Justicia gave insight on how historically suppressive the H-2A program can be. He cited an instance where a company intentionally hired H-2A workers once farmworkers began to organize, in an attempt to pit them against each other. Franks is now rallying with both groups of workers to unite and fight back. 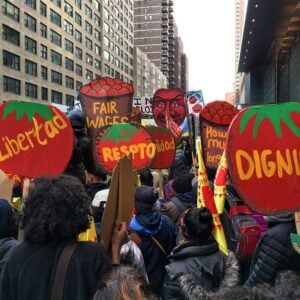 Another narrative detailing the oppressive nature of the H-2A program was shared by Tracy Ann Hines from Justice for Migrant Workers in Canada. As a former migrant worker, Hines expressed that these workers are often tasked with the most difficult, undesirable jobs and subjected to long hours without overtime or holiday pay, resulting in lost wages. Furthermore, when she sustained an injury on the job, she was ordered to continue working and could not receive compensation or treatment. Gabriel Allahdua, who is also from Justice for Migrant Workers, added that there is a power imbalance inherent in the H-2A program leaving workers feeling helpless and divided. But where workers can unite, they can fight. Thus, the Migrant Workers Alliance was formed with the purpose of bringing workers together and breaking down barriers.

Lastly, Luis Jimenez who is a farmworker himself, shared that the passing of the FWMA will put the community at risk, stating that the majority of the migrant workers in the industry are undocumented. Jimenez urged that labor leaders need to be a part of the negotiation surrounding this bill to ensure the protection and fair treatment of these essential workers.

To close out the livestream, Sonia Singh highlighted one of the most harmful narratives being used to push this bill— that it is necessary in order to mitigate labor shortages and lower food costs. Edgar Franks added how this narrative has been widely promoted across media outlets to sway consumers and the public.  Despite claims that the perceived food scarcity and high prices would be resolved by employing more workers, food production continues to steadily increase each year. In recent studies, the USDA found that “the level of U.S. farm output grew by 175 percent between 1948 and 2019, growing at an average annual rate of 1.42 percent.” Edgar shared “production is at an all-time high, even with the COVID pandemic” and there is enough food to feed “two earths with the production being down right now.” So what is driving up food prices? Franks explains that it is largely due to climate change. Crops are continuously being hit by drought, floods, and icy weather for the first time, which is creating this perceived food shortage. He also calls out big business, price gouging and corporate greed as major culprits. It has nothing to do with a labor deficit, and corporations should not be allowed to control this narrative any longer. Advocates are calling for heavy revisions to the FWMA before approval, but time is running out. If this bill is passed, it will set back farmworkers’ rights for generations.

Here’s how you can take action: