WhyHunger joins with our partners at the Detroit Black Community Food Security Network (DBCFSN) and other friends in Detroit in opposing a large-scale sale of public land proposed by real estate developer John Hantz. 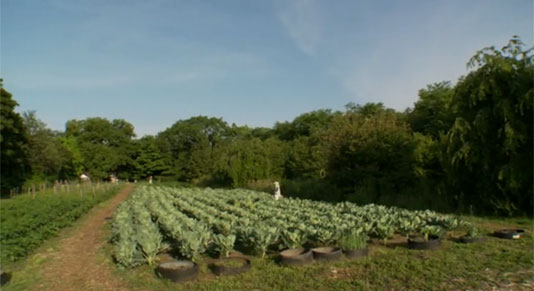 The proposed deal would grant Hantz 1956 lots (approximately 177 acres) of publicly-owned land at the fire-sale price of 8¢ per square foot. The purchase would be one of the largest urban land acquisitions ever seen in a U.S. city, and the biggest in Detroit’s history. For years, residents of some of Detroit’s hardest-hit  communities, including members of DBCFSN and many others, have been working to reclaim their food security and economic independence through ambitious, successful, community-run urban agriculture projects. A land grab of this scale threatens to destroy the decentralized, grassroots-up model that these groups are pioneering, and would give disproportionate control over the city’s future to a single man.

Further, the proposed deal has largely been negotiated behind closed doors. Due to strong public pressure in recent weeks, a City Council vote on the sale has been postponed and a public hearing has been scheduled for Monday, December 10th. The City’s own Planning Commission has come out against the deal, citing that the proposed sale:

The Planning Commission concludes, “it would be premature to authorize the proposed purchase agreement land sale at this time,” and goes on to say that “tree farming on the lower east side, if that really is the goal, is better ensured” by waiting until after the adoption of an urban agriculture ordinance.

For more details on the proposed sale, read “Cock o’ the Lots: Detroit Residents Fight Back a Land Grab.”

Write an editorial for a local paper, an article for a blog, or post a video on youtube.

Sign onto the Solidarity Statement of the US Food Sovereignty Alliance. Email info (at) usfoodsovereigntyalliance (dot) org.