In this piece, Bill Ayres reviews 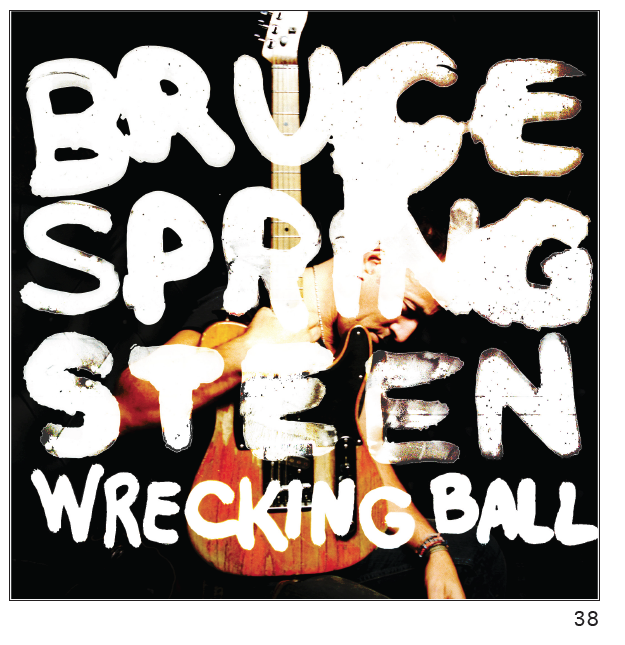 Listening to Bruce Springsteen’s new album is to enter a different world and come to know our world here in America on a deeper, scarier and ultimately more hopeful level. This very successful business man, iconic rock star and part of the one percent has the heart and soul of the 99 percent and had it long before we knew there was a 99 percent.  He grew up in the near poverty that many of us knew and know, especially now. His newest anthem, “We Take Care of Our Own” is a reminder that the best of the  American spirit is “We take care of our own, wherever this flag is flown” and that our leaders are not doing a very good job of that right now so we have to do it.

There are characters throughout the album who confront the darker side of our society and our own anger.  The “Easy Money” guy is about to bilk some poor unsuspecting victim just as efficiently as the “fat cats” who have stolen multi billions from home owners and credit card holders. “There’s nothing to it mister you won’t hear a sound when your world comes tumbling down”, when you lose your house, your job and your dignity.  “The Jack of All Trades” tells his woman “Honey, we’ll be alright” because he is willing to do any kind of hard manual labor to provide for his family.
You and I know this man.  He may be our brother or our father or our neighbor.  He may be ourselves who have fallen onto hard times and even through the porous much begrudged safety net that we have here in America. Despite Jack’s half hearted assurances that “we’ll be alright” he does not really believe it. The extreme anger inside of him has led to a fantasy of mass violence that seems to come from nowhere until you realize that it is not far from the desperation of millions of disenfranchised Americans.

“Death to My Hometown” could be hundreds of towns in the plains, in the Rustbelt, in the Sunbelt and in the former manufacturing areas of New England, upstate New York and throughout the Southeast.  This death ruins families and enhances “This Depression” which may have arisen from a number of sources but may just as well have come from our societal depression/recession which has put millions out of work, millions more to poorer jobs that people stay in but hate and taken homes from millions more.

In the first half of the album Bruce takes us into the darkness that he knows all too well and portrays powerfully, an abyss that is both deeply personal and pervasive in our society.  We are definitely traveling on “Rocky Ground” but here comes that magnificent Springsteen message of hope, not a political slogan, not a feel good fuzzy sentiment but the real thing that he has been singing about his whole career from the “Badlands” and the “Promised Land” to the “Rocky Ground” where “There’s a new day coming” and finally to “The Land of Hopes and Dreams”.

This is another quintessential Springsteen hope song based on an old spiritual that invites us onto a mystical train populated by the kind of people that we may not want to associate with but are the very people that Jesus hung out with: saints and sinners, losers and winners, whores and gamblers, the brokenhearted, lost souls and souls departed.  You don’t need a ticket to get on this train which of course, is the proverbial train to glory.  NO, you don’t need a ticket you just thank the lord.

Right now I think Bruce does not have much faith in the political process to solve our massive economic and other societal problems but he does believe in the power of people to make change starting on a local level and that change can ripple up rather than relying on an economic and political system that trickles down.  That is why he supports local hunger and poverty organizations wherever he performs.  These are the people who bring hope to the lost and forgotten and help communities and individuals to find their power to change.

“Wrecking Ball” is perhaps Bruce’s most challenging album.  It has much of the old Springsteen musical magic but it also moves in some other genres and travels in dangerous directions.  Those who get Bruce will be willing to travel with him on this “Rocky Ground” but it may dismay the feint of heart or those whose hearts are frightened by the darkness from within or from without, or even more frightened by the promise of hope that at this moment in our history may seem an illusion.