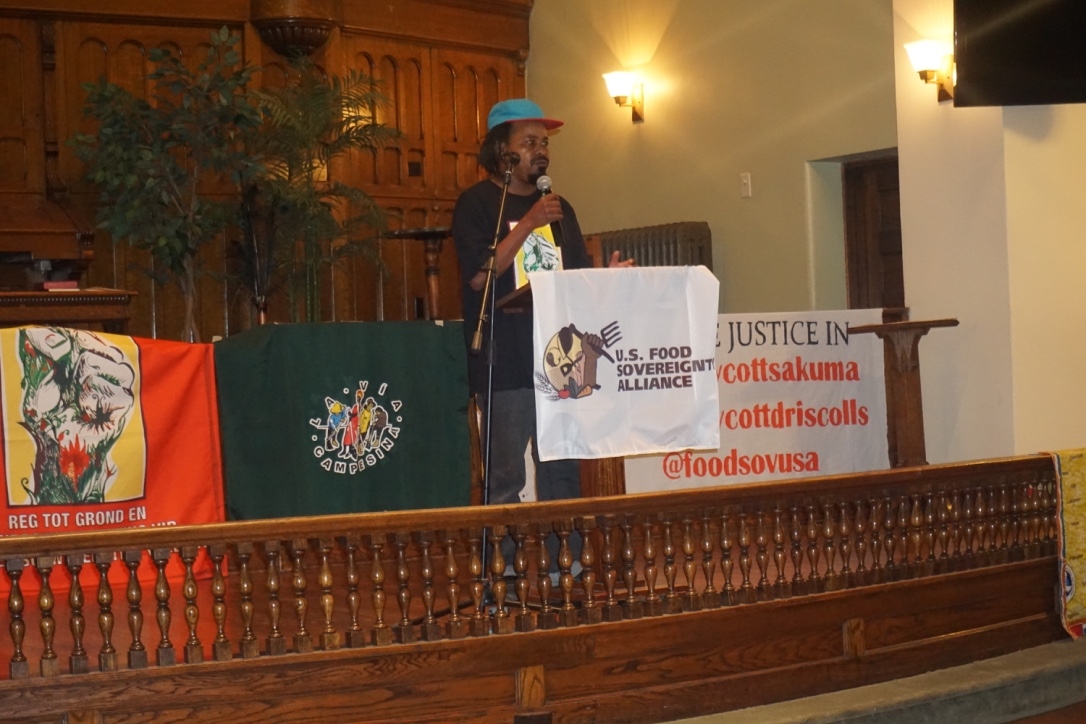 1994 was an historic year in South Africa, the beginning of the dismantling of political Apartheid. The Anti- Apartheid Movement in South Africa in partnership with similar movements all over the world brought down the hated tyrannical government that had enslaved the Black majority for so many years. The people were finally free. A new government representing the Black majority was now in control that would protect and strengthen the rights of all. Millions in the U.S.A. who had supported the movement, marched in demonstrations and even been arrested, finally rejoiced.

Now, more than twenty years later South Africa has indeed made significant progress in many important ways. However, there are some shocking injustices that remain which are impoverishing millions. One of the most egregious is the plight of small farmers. I talked recently with Norah Mlondobozi from the Rural Women’s Assembly in South Africa and Petrus Brink from the Right to Agrarian Reform and Food Sovereignty Campaign. They reported that almost 90 percent of large commercial farms are owned and operated by White farmers who produce food that is mostly exported. They are given support from the government and international agri-business in the form of loans, secure land rights and access to the latest agro- chemicals and GMO seeds. If they decide to sell their land to the government they are given more than a fair price.

The people who produce most of the food that South Africans actually eat are thousands of small Black farmers. Norah explained that around 90 percent are women. There is a growing movement among these women to learn and practice agroecological farming. They use native non-GMO seeds and no chemical fertilizers, pesticides and herbicides that have poisoned the land and made people sick. However, agroecology is not simply organic farming. It is a way of life that builds community and improves the life and health of whole villages and larger communities. It is bringing thousands of small communities together to support one another all over the world.

The women farmers in South Africa face numerous legal and economic challenges. Many of them do not have title to their land and if their husband dies it does not necessarily go to them. The government is reluctant to provide loans or other support that they lavish on large White owned farms. So, even though the system of political apartheid was broken more than twenty years ago, an ongoing system of agricultural apartheid is creating massive hunger and injustice throughout South Africa.