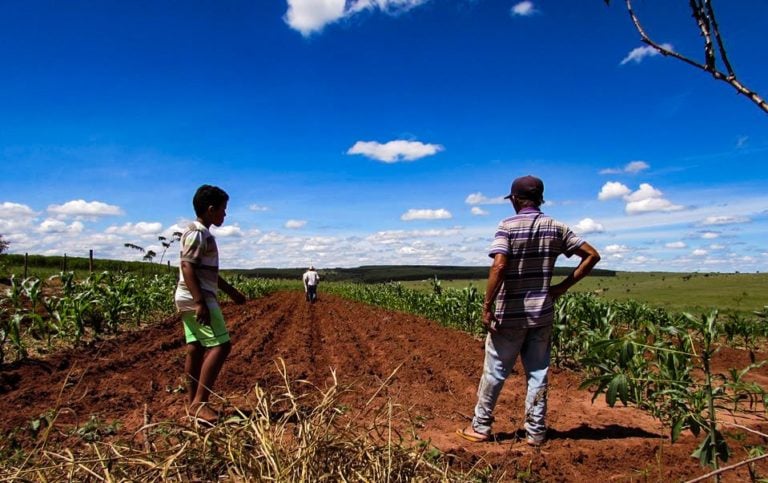 As of today, Brazil has over 900,000 confirmed cases of COVID and it is now projected to have the highest number of deaths, passing the United States. If that was not worrisome enough, the current administration has yet to name a new Minister of Health, the third since the beginning of this pandemic. Astonishingly, not too long ago, Brazil was a powerhouse in regards to public health.

Nevertheless, the contradictions do not stop there. The same government is very much able to evict 77 families of farmers from their land, in the Luiz Beltrame Settlement, amidst this chaos.

The group of families (250 people in total) fought tooth and nail to secure the legal transfer of the idle farm to them in 2013. Since then, they created an association, built a school for their children and established itself as a producer of tons of food for the local market and CSA shares for schools.

The farm, once abandoned, was assessed by a team from the National Institute of Agrarian Reform (INCRA) that the land was indeed idled and therefore, according to the law, transferable to landless families who are willing to work the land to feed themselves and surrounding communities. Following the legal steps, the government paid, based on market value, the holder of the land title for the farm before transferring the land to the 77 families.

The previous landowner – a very wealthy empresario with ties to the Bolsonaro regime – has been able to advocate for the revocation of the land transfer. This change of mind originates in the growing market value of farmland in Brazil and the prejudice against small scale farmers who are now successful.

We at WhyHunger stand in solidarity with the families in the Luiz Beltrame Settlement and demand the protection of their rights. We believe that the solidarity of the people in the United States is critical at this point. We encourage you to send your solidarity message to:

Below is sample language you can use to craft your message of solidarity:

1. Using your personal email, copy and paste the text below. (For your reference, we included the English translation at the end of this blog.)
2. Add the email of the local authority overseeing the case (above).
3. Send it.

I come through this request to disallow the eviction of the 77 families from the Luiz Beltrame de Castro settlement, located in the municipality of Gália, state of São Paulo. These families have suffered enough since 2009 and officially conquered the land in 2013. Since then, the unproductive latifundio has been transformed into a community that contributes to economic and social development through the production of tons of food and agro-ecological baskets for teachers in the public school system.

In addition, the decision to evict violates the principles of human dignity, health protection, a fundamental guarantee of the right to life. How to evict 250 people during a global pandemic that claimed more than 40,000 lives in the country?

I hope that justice prevails.”