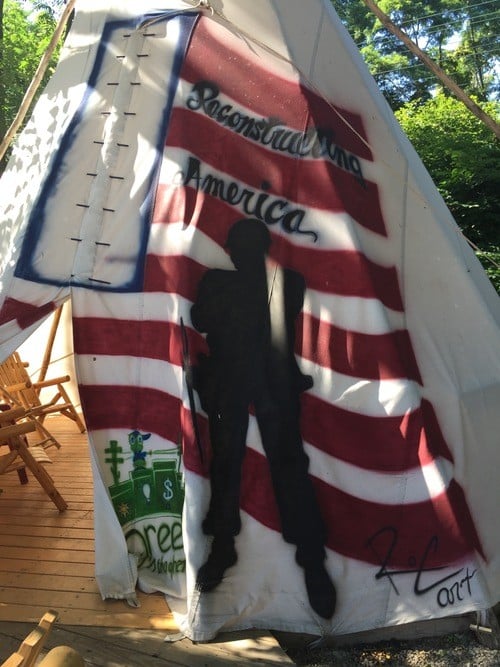 At the RID All Farm

The Movement for Black Lives National Convening was held in Cleveland, Ohio at the end of July and was sponsored by local and national groups: Black Lives Matter, BYP100, Ferguson Action, Cleveland Action, Million Hoodies, Ohio Student Association, Organization for Black Struggle, Project South and Southerners on New Ground. WhyHunger’s Beatriz Beckford was on site helping to lead a workshop on Building a National Agenda for Black Food and Land.

This convening was held at a critical time as an increased public lens on persistent police violence faced by Black people has made the need for spaces dedicated to centering the Black struggle and valuing Black lives even stronger.  Over the past year, Black people from across the country have led a wave of resistance that has spread around the world. After months of intense action, a space was needed to begin the creation of a collective mission that matches the intensity, scale, urgency and promise of the moment. The convening provided a safe and generative space for 1,500 Black organizers from around the country to heal from many traumas and build together towards a world where Black lives matter. Sustained and increasing criminalization and dehumanization paired with a failed economic system, a broken education system, an unjust food system and the displacement of communities to gentrification and development continues to escalate the constant physical and emotional violence placed upon Black lives.

Beatriz Beckford, Director of the Grassroots Action Network at WhyHunger, and Dara Cooper, Director of the NYC Food and Fitness Partnership at Bedford Stuyvesant Restoration Corporation, led the National Black Food and Justice Workshop: Building a National Agenda for Black Food and Land at the convening. The workshop discussed the need to center the ongoing land and food crisis in Black communities and the resistance to anti-Black racism within spaces where conversations about land and food are taking place.  The point of the workshop was to understand the many intersections of food and land in the frame of the larger struggle for liberation and to focus on the need to build a national strategy around food led by Black people. By connecting the lack of community control of land to the root problem of lack of self-determination in Black communities, the solution begins with Black people reclaiming their economies in the food system.

Economic inequity between Black and white populations in our country is rooted in the legacy of slavery and reinforced by discriminatory practices that perpetuate the exclusion of people of color from full and equitable participation in generating wealth for their communities. These inequities show up in our food system and in the health of our communities.  In a system that is controlled by corporate interests, the health of those with unjust access to healthy food and/or the land to produce it on suffers.  The Black Food and Land workshop called for the right of all Black people to self-determination in creating economic models that repair the devastating wealth disparities and create access to an abundance of health and culturally-appropriate food for Black communities.

By continuing to create spaces for shared learning and organizing, Black leaders and activists can increase the chance to make direct connections among each other and deepen the political consciousness around food, land and direct action.  As such, Black communities will be better positioned to leverage local power nationally, and in coalition with groups across the country.

The Movement for Black Lives National Convening offered an opportunity to reflect on histories of Black struggle and build a sense of companionship that transcended geographical boundaries. Whether through topical trainings or strategic conversations, this space showed that there is a community that is diverse in voices, origin, perspective and strategy, and that is stronger when it comes together. 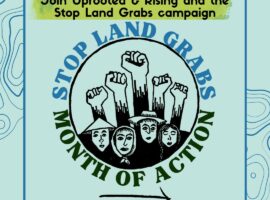 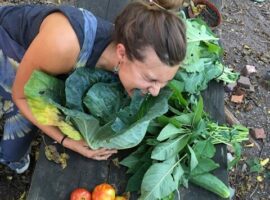 Climate Change, Food Systems and Culture
Our Mission Explained: A World Without Hunger is Possible