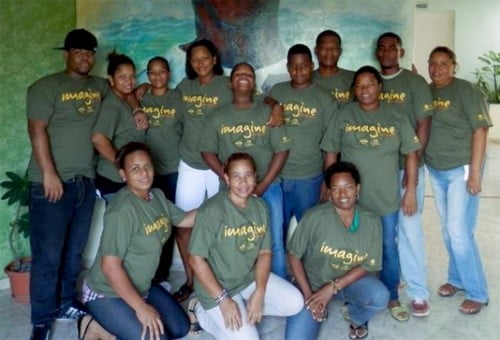 With an organized network of over 10,000 members

1Z0-272 exams throughout the Dominican countryside, CONAMUCA (the Confederation of Rural Women) knows how to get things done. At the national level, it has been leading struggles to advance land rights, gender equality and food sovereignty in the Dominican Republic for the past nearly three decades, and was instrumental in the recent formation of a national food sovereignty alliance. At the local level, the Confederation’s membership organizes women’s empowerment workshops, literacy classes, and seed exchanges in rural communities across the country. At the international level, it is part of the coordination committee of the global peasant movement La Via Campesina and works with counterparts from across the globe to tackle the structural violence of the global food system. 1Z0-273 exams

Given all that CONAMUCA has on its plate, WhyHunger is honored that the organization has agreed to be a partner of the Imagine There’s No Hunger campaign, which couples children’s nutrition and education programs with other long-term efforts towards food security and food sovereignty.

Less than a year ago, CONAMUCA had no formal programming for children, even though many children passed through the doors of its training and education center each day. Now, just half a year since it first received support through the Imagine campaign, CONAMUCA has already implemented an impressive series of programs for children and their families, with even bigger plans in the pipeline for 2013. Current activities include regular children’s programming with hands-on activities and healthy meals; a bread-baking program that provides breakfasts for children; monthly food distributions for families in need of food assistance; and a program supporting families to boost the food production of their household gardens through agroecological techniques. Mother of the Bride Dresses sale

The fact that these broad based, family-focused programs have all been developed in under six months is a testament not only to the commitment and capabilities of CONAMUCA, but also to deep community ties that make its programming successful and long-lasting. The timing couldn’t be better, because food prices are on the rise in the Dominican Republic, leaving families who were already on the edge at greater risk of hunger. Next in the works are partnerships with elementary schools in four communities to start school gardens that can be used to support both learning and nutrition—while building the next generation of food sovereignty leaders.

Stay tuned for further updates from CONAMUCA and check out the slideshow below to see some of this exciting work in action!