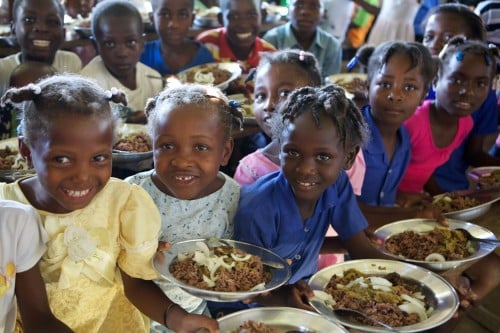 Jean-Jacques Dessalines, the Haitian hero, was born from enslaved parents. Often beaten, he escaped from the control of his captor to become the country’s army general and to embody Haitians’ struggle to end slavery and colonialism altogether. Moved by the teachings of his mentor – Toussaint L’ Ouverture– and his childhood memories, Dessalines was a fierce leader and took on the formidable task of destroying both the colonial powers and making Haiti the first free nation in the Western hemisphere.

It is important to mention the name of Dessalines when we talk about Haiti.  This Caribbean nation of more than 10 million people has been occupied three times in the last century alone and remains in permanent struggle to reclaim its sovereignty. Many generations of Haitian children are yet to live and play in a nation where their parents are not daily looking for land or a job in the city so they can put food on the table. 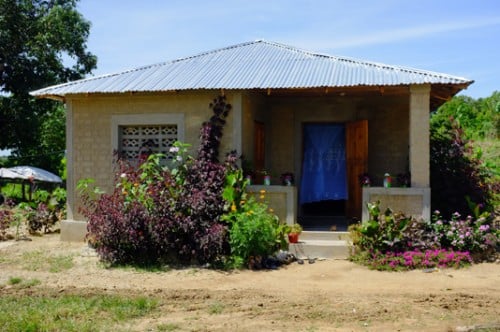 A home in an Eco-Village built by MPP. Photo by Robert Rudd.

Are hope and their labor all that they have?

Last month, I traveled from the capital, Port-au–Prince, to the city of Hinche, with three members of La Via Campesina’s Dessalines International Solidarity Brigade. This peasant-led initiative was established in 2009, based on the request of Haitian peasants to strengthen their existing agroecological and popular education practices. The Dessalines Brigade has since helped Haitians to build a water system to supply a training center, raise funds to build cisterns, and organize training events and an exchange for 72 Haitians to travel to Brazil. It is also important to mention that the Dessalines Brigade is mostly formed by Brazilian peasants and was created as a direct counter and critique, by the peasant movements of Latin America, against the presence of Latin American military forces in Haiti. The UN occupation forces, called MINUSTAH, are in fact led by Brazil with over 1,200 soldiers.

In the car as we traveled north, I asked questions to the “Brigadistas” about their experiences in Haiti. They all said the same things: that life in Haiti is challenging, and the Haitians have an incredible sense of survival and creativity. Indeed. An impoverished country, many Haitians are scrambling to make ends meet. The economy has been destroyed by decades of failed neo-liberal economic policies imposed from above, but wherever you go you will find  people building homes and businesses  or selling second-hand clothes or food on the street.

“For the majority of peasant Haitians, hope and their labor are all that they have”, said Theo, a Brigadista from the Brazilian Northern state of Roraima. 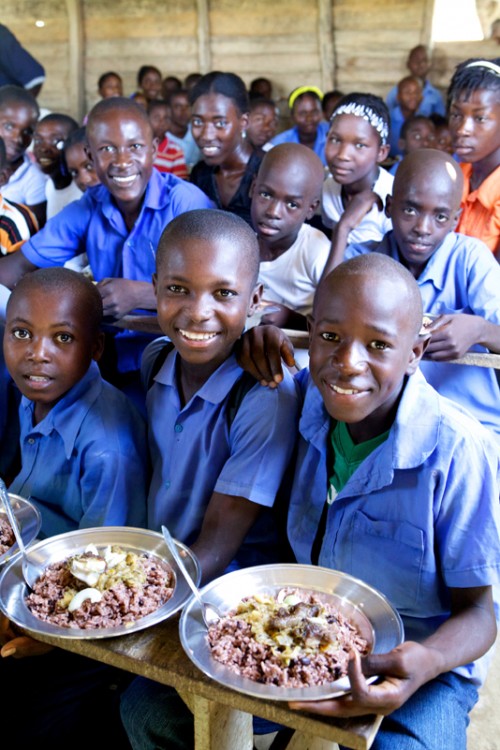 In Hinche, we met with members of another ally organization of WhyHunger, the Peasant Movement of Papaye (MPP). After the 2010 earthquake, MPP received more than 600 people who had lost their homes and were forced to migrate out of the city. In the MPP’s training center, they had shelter and food until the organization ran out of money.

A permanent solution had yet to be identified. To end the plight of these families, MPP needed to find extra resources to help them get back on their feet. The $10 billion promised to Haiti in humanitarian aid was out of question, because only 5 percent of that total was actually transferred to the Haitian government or to Haitian civil society organizations.

But local, grassroots-led organizations like MPP were the first responders to the earthquake victims and have remained the main source of support to many in Haiti.

Without enough resources to help the families much longer, MPP worked to identify a piece of land that could accommodate those interested in agriculture. Several months of search and the support of allies resulted in the settlement of 60 families a few miles from MPP’s training center and the building of the first Eco-Village. MPP was able to build houses and an entire village with $150,000, a small amount when compared to how much the United Nations is spending to run its programs for the 137,000 people who have been living in tents since 2010. 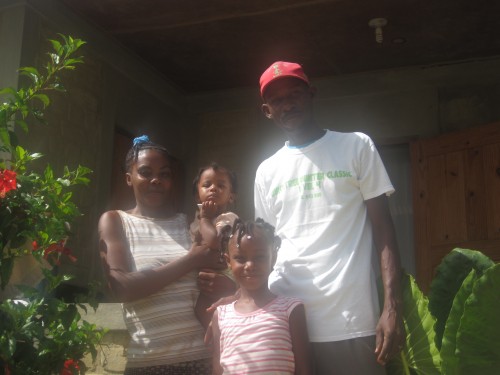 Estin Andral with his wife, Paskila, and children. Photo by Saulo Araújo.

Where are my children?

Estin Andral lived in Port-au-Prince since he was six years old. He was out of the house running an errand during the earthquake. But, he said, “most of my family was in the house.” In just a matter of seconds, they were able to escape before the roof collapsed, which would have fallen on their heads. When Estin finally reached his family, his home was completely destroyed. His wife Paskila tried desperately to find her children. “I was also working and didn’t know if my children were safe, she said. She walked for four hours and saw many people dead in the streets. Luckily, the children were with a relative and were safe and sound.

For days after the earthquake, Estin and Paskila wandered around Port-au-Prince looking for support. “Many people were in the same situation and unable to help.” Estin was active in his community and knew a number of people in the local union and neighborhood association. Through them, he learned about MPP and the organization’s intention to arrange transportation to bring the displaced families to Hinche.

After a few months in MPP’s training center, Estin, Paskila and their children returned to Port-au-Prince. But life in Port–au-Prince was not safe. “In the tent city, there was an active gang of thieves.” And that made life with three little kids impossible.

At that time, MPP started the building of the first EcoVillage, and Estin and Paskila decided to return to Hinche. They lived in an encampment with other families while the houses were built collectively. After a steep curve learning how to manage the land and grow their own food, Estin says proudly that he and his neighbors do not need Agronomists anymore. Indeed, looking around the Ecovillage, I saw a variety of lush crops and fruit trees, people planting new areas with beans, corn and cassava, and mostly important, active children. Estin and Paskila also seemed happy in the tranquility of their new home.

The Children of Haiti, living on the shoulders of their ancestors like Jean-Jacques Dessalines, have not stopped rebuilding their homes and dreams for a better life. They are not waiting for a miracle or handouts from the “international community.” Besides hope and their labor, Haitians continue organizing and fighting for a sovereign country, free of the presence of foreign military forces and the imposition of economic recipes by the International Monetary Fund and the World Bank that actually have failed elsewhere.