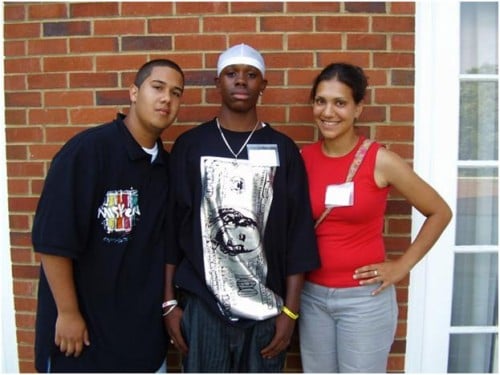 Sarity Daftary (far right), Phillip Scott (middle) and I at the 2005 RIC conference

Maybe I owe it to Michael Jordan for inspiring me to work for this cause.   My name is Roy Frias and I am the product of the ENY Farms! program. This summer, I’m proud to introduce you to other young people such as myself—the Real Food Fellows from Live Real . We all have similar stories but two people are never alike.  Live Real, in essence, wants you to do something that might be unheard of: better your community and the food you eat.

I’m going to interview a team of unique individuals about their backgrounds and how they plan to make an impact. To get a first glance at them, check this out here.