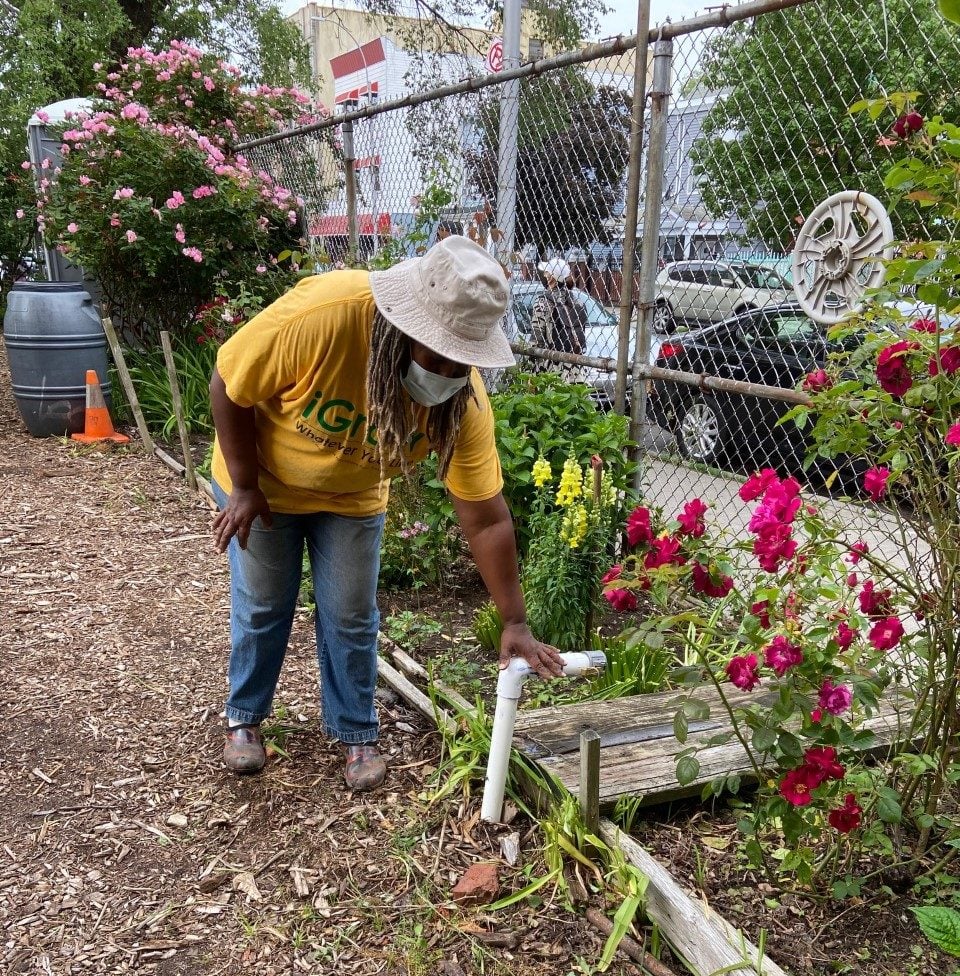 About 22 years ago, Karen Washington and her neighbor, Jose Lugo, began the process of turning an empty garbage ridden lot into a flourishing community garden. With help from the New York Botanical Garden’s Bronx Green Up initiative, who provided them with them fruit trees, bushes, perennials and seeds, they created the Garden of Happiness. The garden has Hens that produce eggs which Washington sells at a local farmers market, and a large crop of serrano peppers, which were sold to a local hot sauce company. The proceeds go to supporting the garden, making it largely self-sufficient. Through her work within the garden, Washington soon became a central figure in the community.

Washington studied Organic Gardening at the Center for Agroecology and Sustainable Food Systems at the University of California, Santa Cruz. Concerned about the racial disparities in farming and access to healthy food, Washington helped found the Black Farmers and Urban Gardeners Conference.  The conference aims to build a network between urban and rural farmers to address racial injustices in the food system.

Recently, WhyHunger teamed up with landscape management company Let it Grow to donate a comprehensive irrigation system to the garden. They were able to obtain water from a nearby fire hydrant and install irrigation hoses throughout the garden and greenhouse.

The new irrigation system allows the garden to be fully watered in just 15 minutes, as opposed to the two hours it used to take. This is a capital investment into the garden that will have continued and lasting benefits and will allow Washington and the community to produce, distribute and sell even more food.

“In our garden the saying has always been ‘we not only grow food but grow community’. The partnership between Let it Grow and the Garden of Happiness is a perfect example of a company that saw a need in a community and gifted that need through service. Thank you Let It Grow for gifting our garden with a new irrigation system. We are now able to water our plants more efficiently which enables us to concentrate on growing more food for our community.” says Washington.

The Garden of Happiness is a valuable resource in a community that is systemically denied access to healthy food. It is also a neighborhood resource for education about fresh food and agriculture. This is just one example of how capital investments into community-led food infrastructure create more sustainable and lasting solutions to hunger. Such solutions provide an alternative to a system that relies on continued food charity by paving the way for a community to achieve food sovereignty and self-sufficiency.