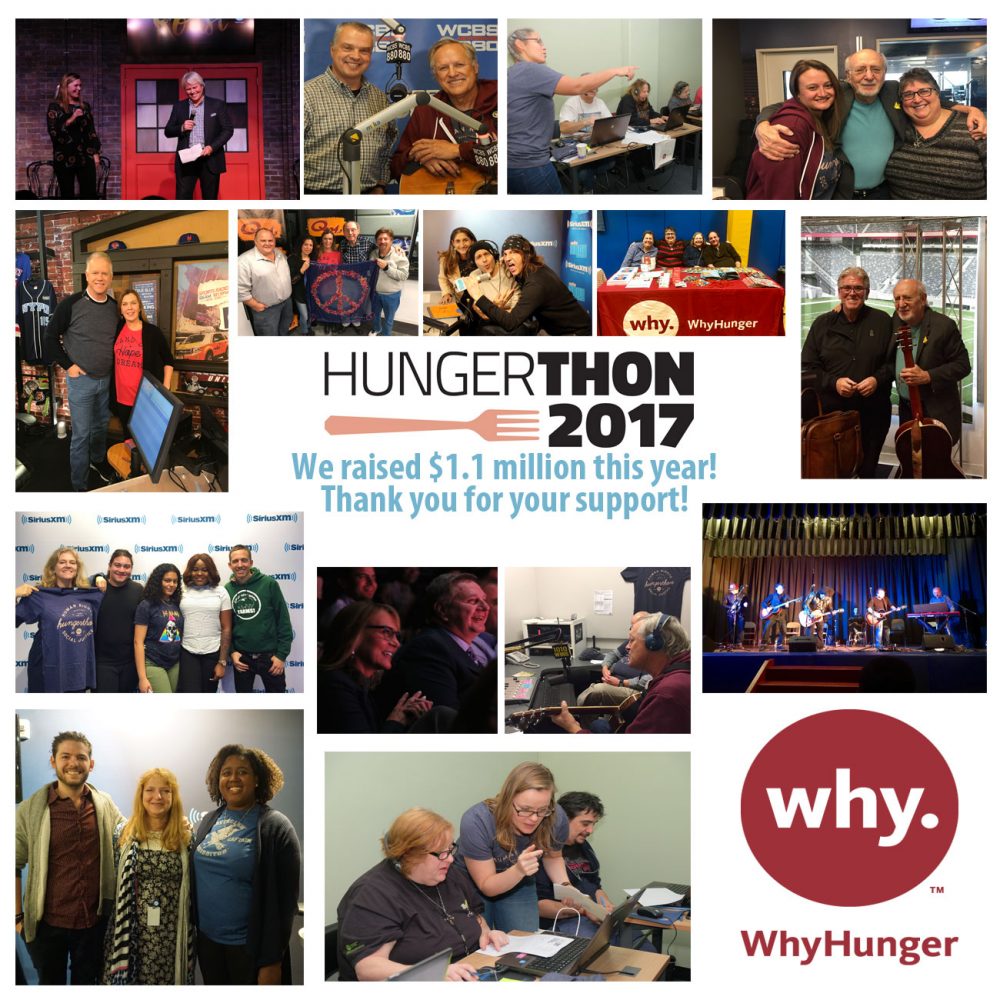 WhyHunger announced today that for the second year in a row, their annual Hungerthon campaign raised $1.1 million for the fight against hunger and poverty in the U.S. WhyHunger teamed up with its radio partners and celebrity ambassadors for a coordinated month long effort including radio broadcasts, merchandise, social media and an extensive celebrity-driven online auction to raise awareness and critical funds for their work. WhyHunger staff, celebrity ambassadors and community-based partners were also heard participating in over 40 substantive radio interviews and live broadcasts, educating the public on hunger and its intersections.

“We are proud of and thankful for our community of supporters, artists, radio partners –Entercom Radio New York, SiriusXM, Cumulus New York and iHeartMedia – and celebrities who have again come together to raise another $1.1 million for our work to fight hunger and poverty in the U.S.,” said Noreen Springstead, WhyHunger Executive Director. “With impending legislation threatening to cut critical services that families depend on, these funds raised will bolster our work to help more families access healthy, affordable food and advance social justice.”

Thousands of individual donors contributed financially to the campaign. Funds raised through Hungerthon support innovative community-based solutions to hunger across the U.S. to ensure everyone has access to nutritious food and communities are able to build a future free from hunger. From increasing local food access, to supporting sustainable food production and strengthening efforts to organize and advocate, WhyHunger focuses on supporting and connecting grassroots-led efforts for long-term change.

2017 Hungerthon Ambassadors included Tom Morello, Michael McDonald, Kenny Loggins, Jon Batiste, Southside Johnny, Mark Weiss and KWL Management’s Jojo Brim, all of whom used their public platforms to educate and engage their fans as they help raise awareness and funds for the campaign.