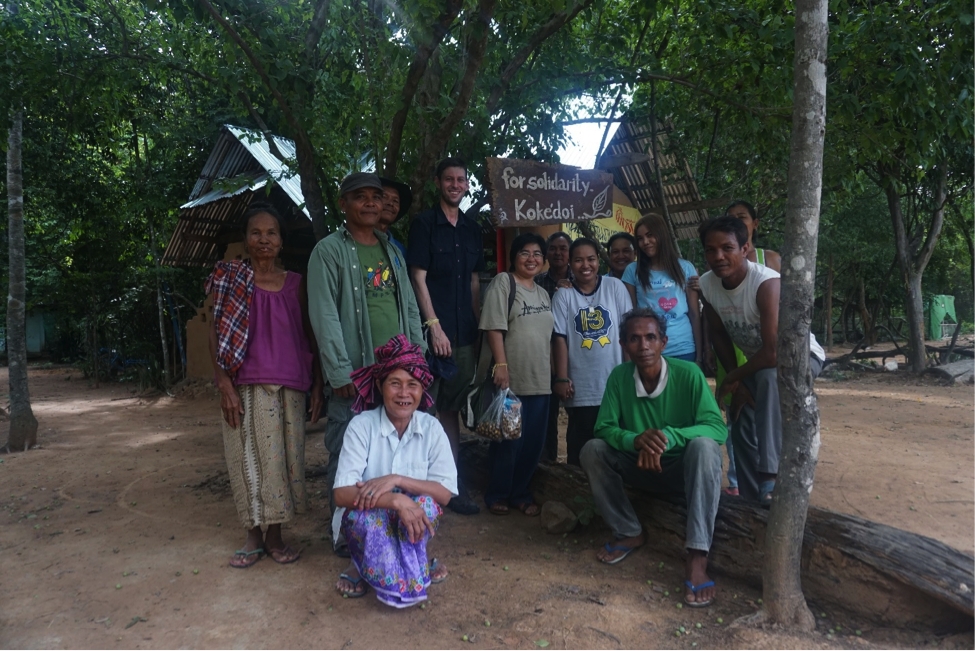 “Everything the people have comes through struggle.” WhyHunger supported the Assembly of the Poor (AOP) through our International Solidarity Fund and went on a site visit to learn from the villagers about their struggle and how they are fighting for food sovereignty. Below is a personal account and pictures from Tristan Quinn-Thibodeau’s experience.

When the peasants in Chongtuko village were forced out of their homes and off their farms in 1993, they had nowhere to go. The Thai military wanted their land to use as a training field, and the villagers did not know how to solve their problem. After years of landlessness, they joined the Assembly of the Poor (AOP), a national social movement linking rural peasants and forest dwellers with urban workers and coastal fisherfolk pushing for social justice and food sovereignty. Through AOP, in 1997 they pushed the provincial government to allocate 256 acres of land in the forest for the villagers, who moved in and called their new village Kokedoi.

They set up small farms within the clearings and harvested the wild foods from the forest. They set up a small market along the road, where all of the villagers set up stalls. The villagers, who are peasant farmers and not shopkeepers, had to overcome their shyness and modesty to support themselves in the market. They found out that forest products, which are rare and are hard to harvest, sold really well. Now their market is thriving.

But their success has not come easily. For many years, they faced constant threats and attacks from a logging company that wanted to plant and harvest eucalyptus trees. The company moved in illegally and began to plant industrial eucalyptus on the land where the villagers were growing food and harvesting wild vegetables from the forest. They insulted the villagers and threatened them, and they put pressure on the provincial government to force the villagers out. 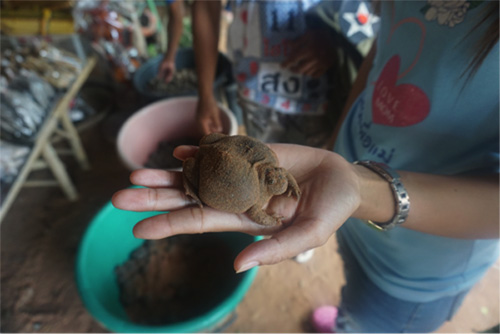 The pressure that the villagers were under was so bad that they decided they needed to block the entrance to the forest. In the middle of the night, they moved their entire village – 88 families’ homes – from beside the road to the center of the forest, where the company was trying to cut down the eucalyptus trees. Because of this heroic maneuver, their homes, their fields, and the forest was saved. 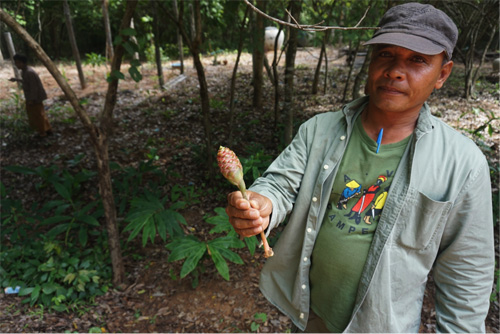 It did not come naturally for the villagers in Kokedoi to live in the forest. In fact, when they were first planning their village, some of the families wanted to cut down all of the trees, creating more land for them to plant. But others in the community wanted to protect the forest, and they argued that since so many of the middle class, urban people in Thailand blamed environmental problems on peasants and said that poor people cause deforestation, the villagers of Kokedoi should prove them wrong. They also pointed out that the logging company wanted to destroy the forest, so they needed to protect the forest. They became creative and learned how to sustain themselves from the forest vegetables, the fish that lived in the ponds, and the bullfrogs that lived in the mud and riverbeds. 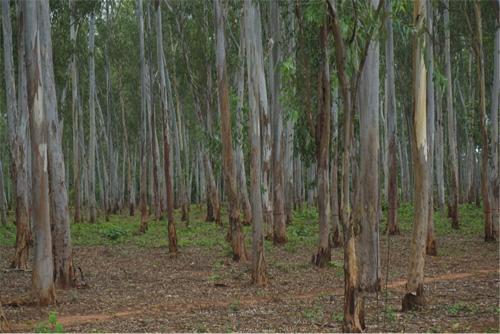 However, the confrontation with the logging company continued and worsened. At one point, the company even hired assassins to kill the leader of the village, Uthai. Through the support of the Assembly of the Poor, as well as the courage of the villagers, Uthai and the people of Kokedoi survived and held onto their land. They did not give into the pressure, and eventually the assassin actually approached Uthai and told him that he had been hired to kill him but would not go through with it because of the strength and courage of the community. I asked Uthai how he was able to face that danger and what he was thinking. He told me, “I thought about leaving the village, but I realized that this would not solve the problem and would have hurt and weakened the village.” It was only because the people in the village supported him and guarded him that they were able to survive. 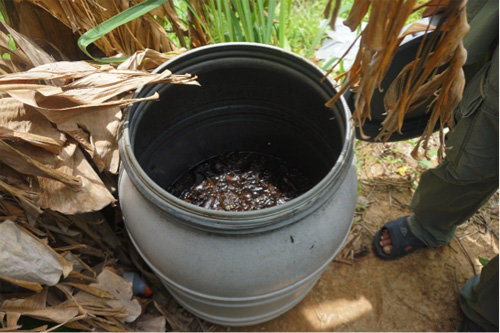 They also did it for their kids, to ensure that their children had a good life. If they gave up their land again, they worried what would happen to their kids. Now, they are learning agroecological farming, because chemicals used in industrial agriculture hurt the forest and will kill the forest vegetables. They have traveled to other villages that are members of the Assembly of the Poor, through its Alternative Agriculture Network, and they are experimenting with new crops and new markets. 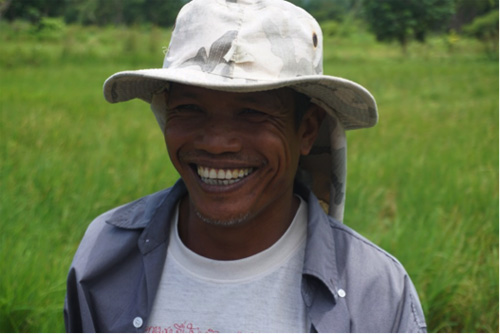 As I was leaving, the villagers reminded me again the lesson of Kokedoi: everything that they have, they have because of struggle. They showed their flags for the Assembly of the Poor proudly, which hung next to their bustling market.

Hunger is not solved by sympathy or by charity. Hunger and poverty are the results of oppression and powerful interests, and they are only ended when the people who are the most impacted stand up, often in the face of life or death threats, for their human rights and dignity.