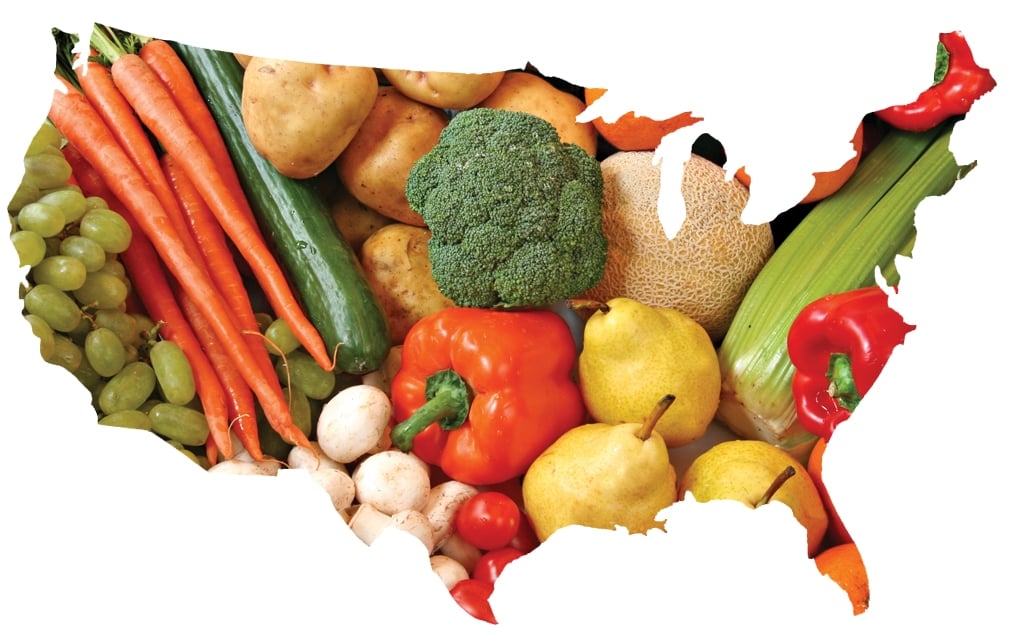 This month the federal government released two reports which show success as well as challenges for the food justice movement. Real impact has been made in reducing food insecurity and poverty over the past two years. But pre-existing food and economic injustice remains and despite improvements most Americans are poorer and hungrier than before the recession. These recent gains are being lauded as the work of a strengthening economy, but it isn’t just the shifting of markets and decisions of politicians that brought this about. Grassroots organizations, progressive allies and social movements have been working for years to change our food system and get at the root of hunger and poverty.

The first report, released by the USDA on September 7th showed that 42.2 million Americans were food insecure, a shift from 15.4 percent of U.S. households to 13.4 percent between 2015 and 2014. The number of children living in food insecure households dropped to 13.1 million, a decrease from 20.9 percent to 17.9 percent – still disappointingly high, but actually lower than before the recession. An even more thorough economic report was performed by the U.S. Census Bureau and released on September 13th. It shows that after years of economic stagnation, there is finally real growth in incomes and declines in poverty. For example, the median household income climbed 5.2 percent between 2014 and 2015 to $56,516. The poverty rate dropped from 14.8 percent to 13.5 percent, the largest single year decrease since the Census Bureau started recording such data. Even better, these recent income gains largely went to people on the bottom half of the economy – the lowest fifth saw their income grow 6.3 percent while the upper fifth’s grew only 4.1 percent. The benefits of this current economic surge were more equitable than those in the past – Black and Hispanic households saw some of the largest increases in income.

But median income still remains lower than it was in 2007, before the recession. Similarly, food insecurity was at 11.1 percent prior to the recession, compared to the current 13.4 percent. One in seven Americans are still struggling to get enough food to eat. Urban areas overwhelmingly benefitted from the income gains and drop in food insecurity, while rural areas saw almost no increase in median income and still have significantly higher rates of hunger. Populations that historically have faced disproportionate rates of hunger still do: the rise in median income did not reduce the gender gap in any meaningful way, and both poverty and food insecurity remain significantly higher among Black and Hispanic households, even with the recent gains. In comparison with past years of similar economic growth and low unemployment, the poverty rate is strikingly high. Income inequality remains a huge barrier, with the top 5 percent holding on to a 21.8 percent share of national income and an even larger share of national net wealth. Former Treasury Secretary Lawrence Summers and other economists have cautioned that another recession may be near, and it would be the most vulnerable – poor people, women, and people of color – who will see their gains disappear first.

What led to these successes?

First, the economy is doing better than it has been for years. Most economists agree these positive effects are the result of wage growth and the unemployment rate falling between 2014 and 2015. Under pressure from progressive activists, labor organizers, and social movements, 25 states implemented or continued minimum wage increases in that time. Throughout the recession, SNAP enrollment increased to support people who found themselves without a job or enough money to put food on the table. As hunger decreased, enrollment in SNAP went down by more than a million people in 2015 – a testament to the fact that these programs serve those who need it and are not widely abused. The Healthy, Hunger-Free Kids Act that was passed in 2010, but was implemented year by year, increased access to free or reduced-price lunch at schools and could be responsible for the historically low rate of child food insecurity.

But we should be wary of letting this good news put us at ease. Instead, these recent successes should compel grassroots organizations, social movements and progressive allies to continue our critical work. Over the past few years more and more local communities have been inspired to take back control of their food system. Creative, grassroots solutions have been implemented by our partners, often literally from the ground up in community farms and urban gardens throughout the country. More and more foundations are following WhyHunger’s lead and shifting their focus from solutions that merely hand out food to those bolstering community support and local organizations. Social movements, like Fight for 15 and Black Lives Matter, have brought national attention to the need for a living wage and racial equality. We’ve also seen how real political reform can decrease poverty and food insecurity – and we have to continue holding our politicians accountable to that. But the fact remains that, by most measures we still have not made up ground lost during the recession. And the rewards of economic recovery must be distributed equitably – benefitting those at the bottom half of the economy, women, Black and Hispanic households, and those living in rural areas. The USDA and U.S. Census reports prove that positive change is possible through grassroots action, people power, political will and solidarity. Hopefully, this is the first victory towards a just world where everyone has access to healthy, nutritious food and no one is impoverished.