The global land grab is easily one of the most dangerous and pressing threats to ending hunger and promoting food justice. In “The Great Land Grab,” the Oakland Institute reports that since 2009, 60 million hectares of farmland in Africa—roughly the size of France—has been bought by foreign governments, financial speculators and agribusiness corporations. Details on these land deals are often difficult to come by, partly because it is often unclear who owns the land, much of it being land that has been farmed collectively by small-scale farmers and indigenous peoples for decades (see the New York Times article “African Farmers Displace as Investors Move In”). 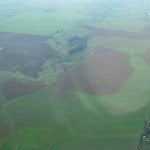 Corrupt or incompetent governments are often behind these deals, as land is sold for far below what it is worth, and yet international bodies like the UN have not firmly regulated this damaging practice.

Land grabs are happening every day all over the world, especially in the Global South where researchers have uncovered the worst cases of exploitative deals. But they are also happening in the U.S. and are affecting all of us, especially the people who are most vulnerable. When there are 1 billion people hungry, and when 1.5 billion small-scale farmers only have an average of 2 hectares to grow on, it is unconscionable that powerful foreign entities should be able to take land to make money off of rising land prices, produce agrofuels to power cars or export food crops at the expense of local food security. 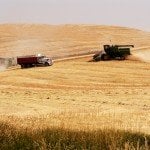 The US Food Sovereignty Alliance and the CFSC International Links Committee hosted an educational call on June 29th, 2011 regarding urban and rural land grabs and how we can organize to contest them in the US and abroad. We heard from leaders involved in the struggle against land grabs in the U.S., as well as from scholars and leaders taking action to stop land grabs in the Global South. 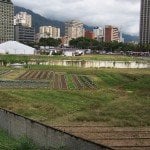 Kwamena Mensah from the Detroit Black Community Food Security Network (DBCFSN) spoke about DBCFSN’s current fight to preserve almost 40 acres of vacant land, 30% of total land in Detroit, for community gardeners. Investors are pushing development schemes against the will of communities, which DBCFSN considers to be an urban farmland grab.

Karen Washington from La Familia Verde and the New York City Community Gardens Coalition, and a WhyHunger Board member, spoke about the struggle to defend community gardens in New York City, particularly when threatened under the administration of former mayor Giuliani, and called for community leaders to legally acquire as much land as possible right now to protect and ensure access and food sovereignty.

Andrea Carmen of the Yaqui Nation and Executive Director for the International Indian Treaty Council spoke about the recent Terra Madre of Indigenous People and the Jokkmokk Agreement, as well as the importance of land to indigenous food sovereignty. She also spoke about the impact of climate change and agrofuels, which land grabs are accelerating.

Bob St. Peter, Director of Food for Maine’s Future, Board member of the National Family Farm Coalition, and member of La Via Campesina, presented the problems of land access and farm loss for small farmers in the US, as well as an international perspective on land grabs. Organic farmland in the US is being framed as a safe, feel-good investment but is fueled by the same forces of speculation.

Jeff Furman, Board member of the Oakland Institute, spoke about Oakland Institute’s recent reports on land grabs in the Global South and on their work encouraging universities to divest from land grab investments.

To learn more, stay up to date, and find out how to become more involved, visit www.farmlandgrab.org.