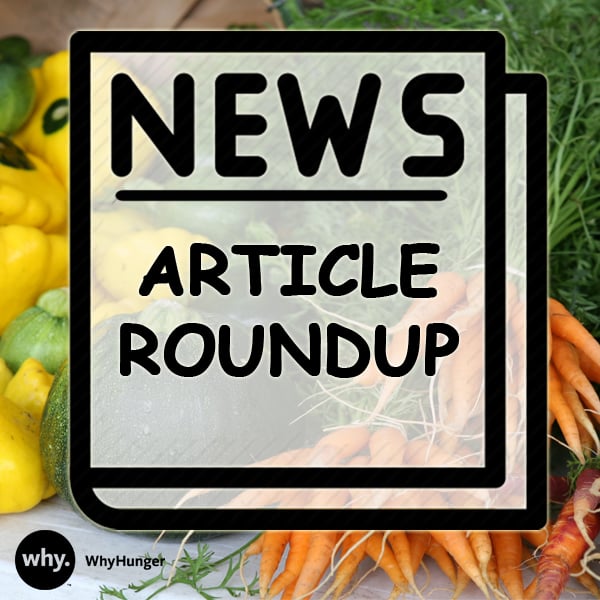 Below are our latest picks.

1. The New York Times: Bringing Farming Back to Nature

Agroecology is a people and planet friendly farming method and way of life that directly confronts harmful industrial agricultural methods. The question is, how can we grow the agroecology movement in a corporate dominated industry?

2. CNN: US quits UN Human Rights counsel: What message does it send to the world?

Food is more than sustenance; it’s a means by which we form connections. The three cookbooks featured in this article highlight the power of food in inspiring social change.

4. U.S. News: 9 Things in the Farm Bill That Affect (Almost) Every American

The proposals and revisions of crafting the 2018 Farm Bill are well underway, and millions of Americans of all backgrounds will be impacted.

5. Munchies: Black Farmers Are Being Forced Off Their Land by Longstanding Government Discrimination

Throughout the years, the number of black farmers in the U.S. has declined dramatically. One farmer’s story shows that systemic discrimination and unjust practices are to blame.

6. Common Dreams: An Update for 2018: More Evidence That Half of Americans Are In or Near Poverty

The U.S. is not immune to poverty, but some of our government leaders seem to think so, or don’t think poverty in America is worth addressing. We beg to differ and this article tells why.

One of the country’s most expensive cities adjusts its dining style due to its high cost of living. In San Francisco, a new restaurant model has taken off.

8. Civil Eats: 3 Reasons to Be Concerned About the USDA’s Proposed GMO Labeling Rules

Polls show that people like to know what’s in their food, but activists say the USDA’s proposed rules raise a number of red flags and could cause more confusion than clarity.

During a time that feels like steady attacks on the poor, a 50-year-old anti-poverty movement has seen a revival across the country. Civil disobedience is alive and it’s here to stay.