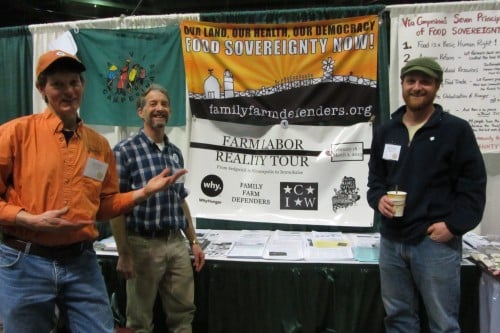 The Farm Labor Reality Tour spent the last several days in snowy Wisconsin, lending support to food workers’ struggles for justice, talking with organic farmers, and digging in to work on a dairy farm. Here’s some snapshots of the last few days.

First stop was in Milwaukee, on a picket line with Palermo’s Pizza workers who are on strike for the right to organize. 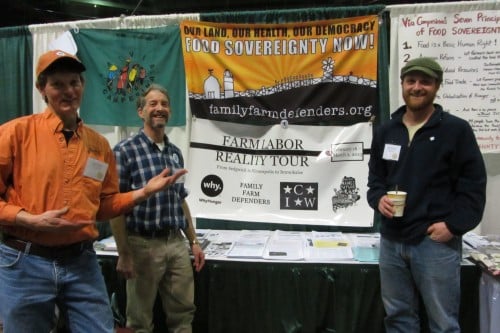 At the MOSES Organic Farming conference in LaCrosse, an annual event that draws over 3,000 farmers, advocates, educators, students, we heard from farmers about challenges with dairy coops, market consolidation, support for beginning farmers and much more, and talked to hundreds of people about the common struggles facing farmers and farmworkers. We also collected signatures in support of the Family Farm Defenders‘ Land O’Fakes campaign (sign the petition here!) and solidarity statements to bring to the Coalition of Immokalee Workers‘ March for Rights, Respect and Fair Food taking place next month, March 3-17.

And then we headed to the small town of Kendall for a work day on Joel Greeno’s dairy farm. Joel has a herd of 48 cows on 160 acres of rolling fields, and farms with his father, who is in his 70s. Joel has been farming his whole life and he loves it — but he wonders every day if he’ll be able to keep going, because, like so many dairy farmers, the price he gets paid for his milk is barely above his cost of production. Joel is an outspoken advocate for reform in the dairy industry, saying, “Farmers want to be able to provide food for their communities – but we have to be able to make a living.” Stay tuned for more of Joel’s story in the coming weeks. 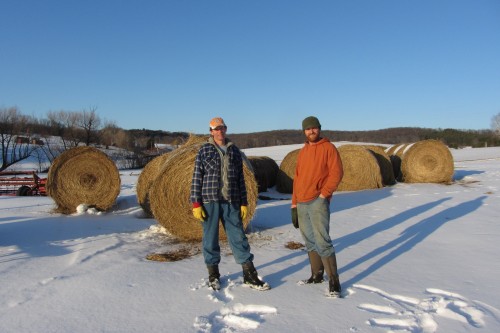