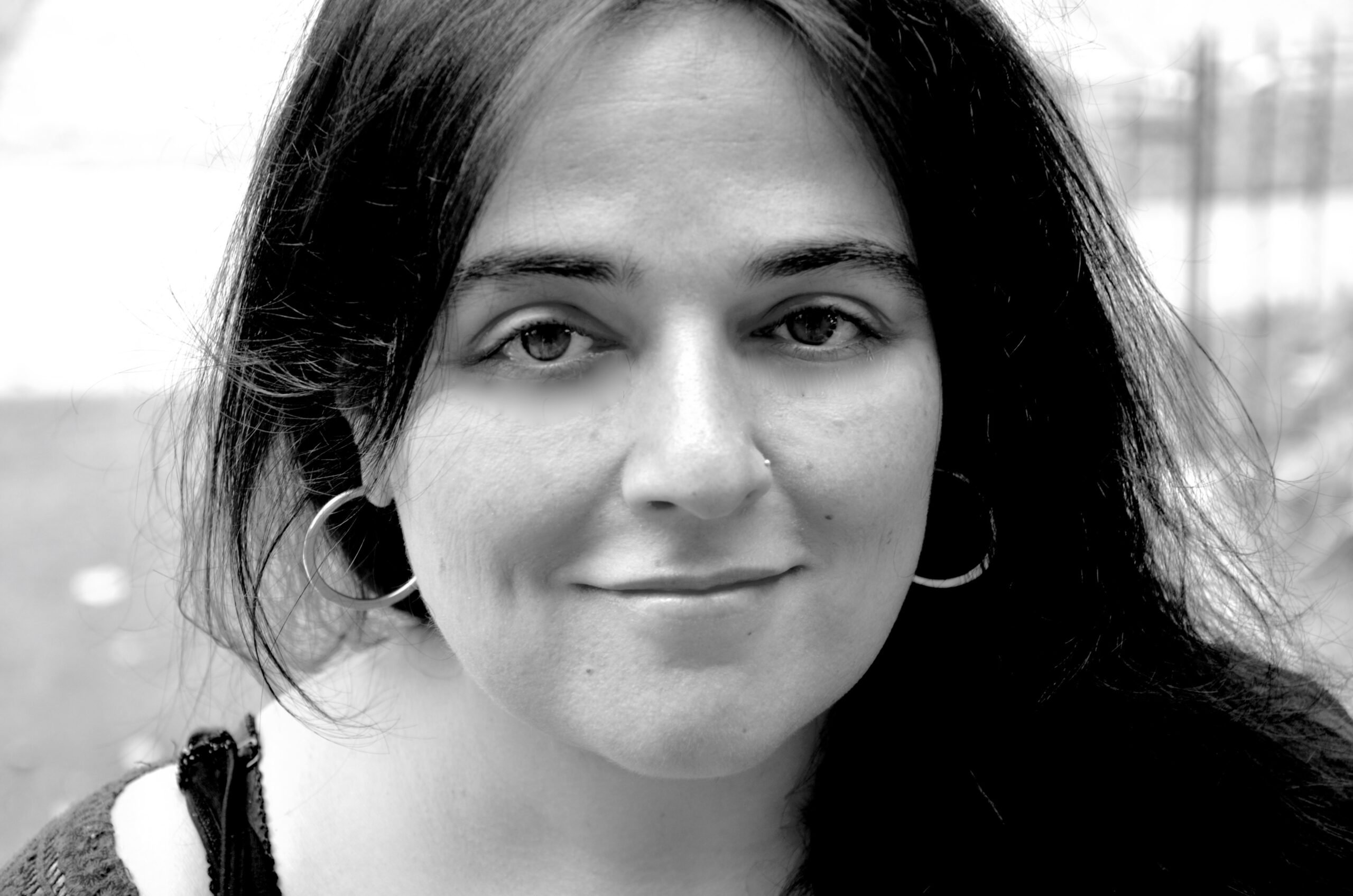 In this part of our series on economic justice, we spoke to the Food Chain Workers Alliance (FCWA). Founded in 2009, FCWA is a coalition of worker-based organizations that span all stages of the food system from planting to retail. With thirty-three members, representing over 370,000 food workers in the U.S. and Canada, FCWA works toward a truly sustainable food system that uplifts workers and their communities.

FCWA’s work is comprised of three areas of focus, with each member organization participating in at least one of the following program committees. The first, Growth & Learning is a committee which create space for organizers to exchange strategies and learn from one another, especially concerning the challenges faced by food workers. These spaces include the FCWA’s annual worker leaders summit and the regional Justice in the Food Chain training series. Their second program, Campaigns & Messages, is a committee focused on building public support for members’ campaigns with messaging, materials and social media tools to help scale up the work of the movement. Finally, the third program, Movement Building recognizes the need for broad support and it’s committee members are involved in co-founding and playing leadership roles in complementary national movements.

Suzanne Adely, FCWA’s Regional Organizer of the Mid-Atlantic and New England,  provided us with perspective on the ongoing struggle for workers’ rights and its connection with economic justice within the food system.

Q: I know FCWA emphasizes a democratically controlled food system. Can you explain why this is so important?

A: There are very few people who have a say over how our food system works. The reality is that most food production and food distribution around the globe is controlled by a handful of multi-national corporations and the profit driven nature of the food system not only allows for a high degree of exploitation, it depends on it. Who is being exploited?  Food workers throughout the food chain, the earth itself, and actually anyone who eats the food produced in this system.

When we say the food system should be democratically controlled, it starts with becoming aware of how our food system works and how it’s impacting workers, our health, and our environment. It also means building the movements, structures and policies to create real democratic control or sovereignty over our food systems and that’s going to look different depending on the regions or the localities. Communities define what food sovereignty means to them.

I’ll add that the most inspiring models of food sovereignty struggles that I have seen have always emerged as part of a struggle against a system of white supremacy. I’m talking about moments of Black and Indigenous communities and other communities of the global south taking back land stolen by settler colonialism, taking back the seeds stolen by corporations, taking back their indigenous cuisines, or claiming land and resources for the benefit of the public, to feed themselves and their communities. These are struggles for democratic control of the food system and when they succeed empower the broader struggle for justice beyond food.

Q: All of this also ties into a sustainable food system. Today, we hear many people speaking about sustainability but that doesn’t always extend to worker rights and economic justice. Can you talk a bit about that?

Thanks to the efforts of food workers their narrative has become part of the sustainable food system discussion. It’s common to see labor in these food policy spaces, but there has to be effort into making these connections meaningful . General populations of food justice advocates can be moved to support safer working conditions for food workers and many support higher wages, but there is more to this.

Firstly, agricultural workers are usually the main worker population thought of in the discussions of sustainable food systems. However,  the population of over 21.5  million food workers in the U.S. is made up of more than agricultural workers. It includes workers in poultry plants, meatpacking and other processing plants, restaurants, street vendors, supermarkets – warehouse workers, truck drivers and other logistic workers, and more.

Food workers receive the lowest median wage, leaving food workers and their communities unable to afford the very food they produce. They are often subjected to dangerous working conditions, with high rates of injury, illness and death across the food chain. These conditions along with the lack of job security leave food workers vulnerable to wage theft, racial, ethnic and gender discrimination. Food workers have also been one of the main targets of the current wave of abusive anti-immigrant enforcement. Profit-driven, corporate consolidation of the food industry depends on this exploitation. The cycle of producing cheap food has led to the degradation of our health and environment and left workers invisible and treated like they are disposable. This race to the bottom in the food economy does not only impact workers, it impacts everyone.

Q: What are some of the greatest challenges to economic justice?

A: I think that one of the biggest challenges to economic justice is the economic system itself. Capitalism can’t exist without exploiting people and exploiting resources. The ability to challenge capitalism and its impact depends a great deal on the the power of workers. Therefore, the right to organize is necessary and anything that prevents workers and their communities from organizing is a challenge. It’s not necessarily about unions and institutions themselves but about the ability for workers to organize for their rights, whether it be in a traditional union or it be in an independent worker association. I think that all of the things that challenge the ability to organize are challenges to economic justice. Because we can pass policies that say minimum wage will be raised and we can pass policies that say discrimination on the job is illegal but ultimately, it’s [about] power linked to workers engaging in things like strikes. Even in countries even where the dynamics are so difficult, workers have enormous economic bargaining power because they provide a service or they control production of some kind. And there’s a lot to be gained by utilizing that power. So, anything that inhibits workers from being able to organize is a challenge to economic justice.

Q: How do you understand the link between the right to food and economic justice?

A: International efforts around the right to food need to link up with international efforts to build corporate accountability. Without corporate accountability, systems are going to be in dire shape,  because of the cash crops corporations choose to grow, because of how corporations like Monsanto have control over seeds, [and because of] land grabs that are taking place. Corporations need to stop being treated as persons with rights. They need to be held criminally accountable for land grabs, which causes displacement of people, which is also impacting patterns of forced migration that we’re seeing. They have to be held accountable for slave labor or other egregious labor violations. They have to be held accountable for environmental degradation from the use of pesticides [and for] directly or indirectly harming people. But this also has to be coupled with efforts to protect the right to freedom of expression and the right to organize as well. It’s all related.

What kind of organizing have you seen that makes you most excited?

A: What I’m most excited about is organizing I have seen in relatively small workplaces, whether they just be a corner restaurant or laundromat or small farm. [This is] the kind of power that’s built particularly [by someone] like an immigrant woman worker or a black woman worker who has all these other challenges: being poor, being an immigrant, being racially profiled all the time. For them to be able to then stand up to their boss and [say] “these are my rights and I demand they be recognized”in these circumstances, [it] is really much more of a show of power than, let’s say, a large auto union that’s had a union in place for twenty years where nothing’s really happened except that they keep voting for democrats and the members of the union have a contract and they keep getting their rights under their contract but there’s no organizing going on. I’m not saying that’s bad; it’s great that they have a contract. But the kind of power that’s built in these small workplaces with people who are facing all sorts of challenges is the kind of power that has the potential of really inspiring more worker resistance, as opposed to the unions that have been around for such a long time and have become a part of the establishment, consistently doing the same thing over and over again, [where] nothing is really being challenged. But I’m excited by real displays of courage and power that we’re seeing in much smaller and more vulnerable places. And I think that those are the stories that we should elevate.