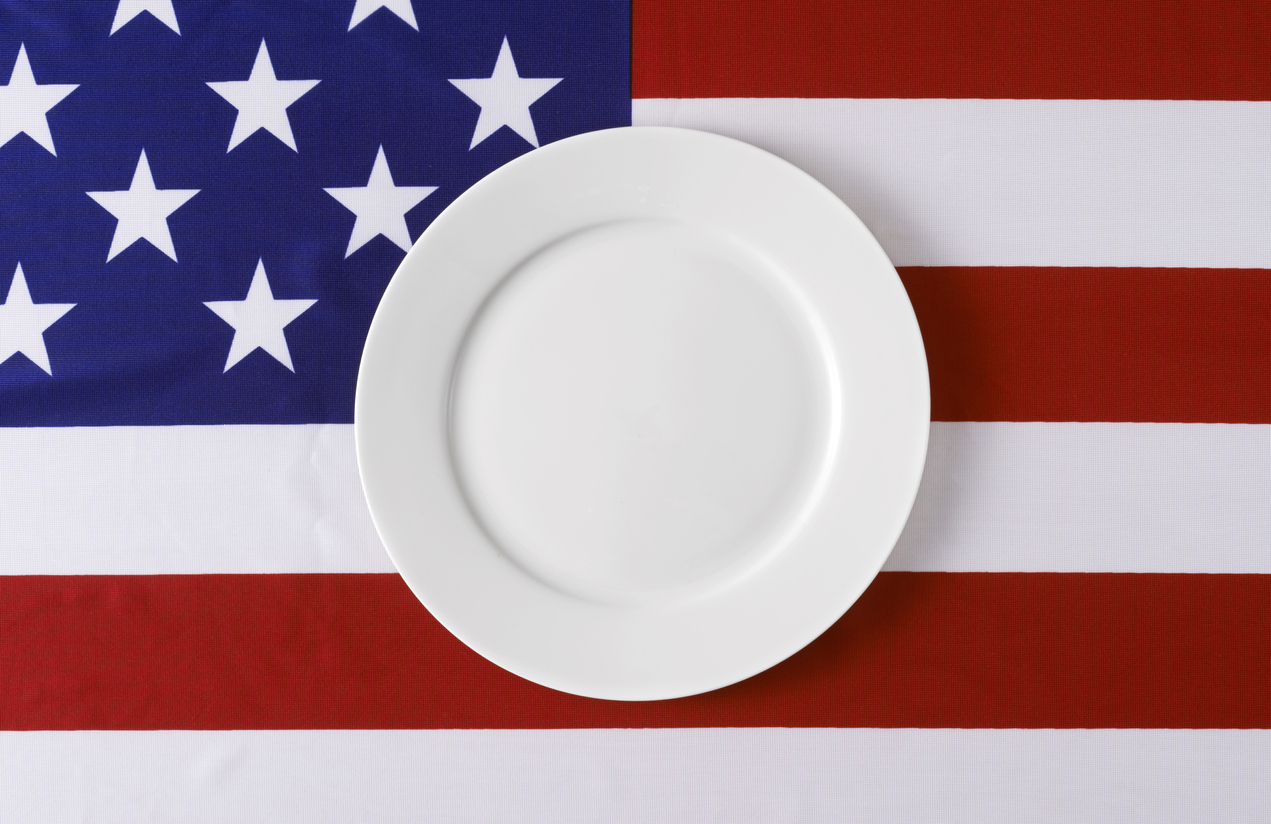 Border security negotiations begin anew this week in an effort to avoid shutdown 2.0. But two anti-hunger experts argue that lawmakers should really be focused on the precarity of our federal social safety net and a low-wage economy where crisis is just a missed paycheck or two away.

– This article originally appeared in the New Food Economy.

Employees of the federal government could find themselves without a paycheck and in the food pantry line once again if Congress and the president can’t come to an agreement on immigration issues by February 15.

Last month’s partial federal government shutdown led to an outpouring of emotion from politicians for federal employees facing hunger. At the time, The Hill reported that Senator Ben Cardin, a Democrat from Maryland, said it was “heart-wrenching” to meet with federal workers who had to rely on food banks because they weren’t receiving a paycheck.

We couldn’t agree more. It is heart wrenching to see federal employees in need of charity to feed their families. Yet, we wonder why the perpetual reality for some 46 million Americans who regularly rely on food banks does not seem to garner the same attention? Perhaps this newfound focus on food charity can highlight the economic fragility of America’s working and middle class. In our public servants’ painful, public struggle to access food, can we also see the 12 percent of Americans who live with more permanent food insecurity year after year?

These folks are the collateral damage of an economic system that exploits their labor.

Less than a month after pay was withheld, 800,000 furloughed federal workers and a million or more contract workers not entitled to back pay—janitors, security guards, daycare workers, food service employers—were adversely impacted, needing to make impossible choices between rent, healthcare, food, and transportation. Add to that the reports from food banks across the country of a 20- to 50-percent increase in requests for food assistance, and we begin to get a clear picture of the precarity of our government’s social safety net and of a low-wage economy where a crisis is just a missed paycheck or two away.

Consider the situation of Shatimah Brathwaite, a TSA employee at New York’s LaGuardia Airport, who reported for duty despite not having received a paycheck in weeks. “We have to put our pride aside and stand in lines for groceries from food pantries, apply for government assistance, ask for help from friends and family. It’s a lot. Our friends and family can only do so much before they’re stretched too thin. We’re becoming a burden to others. What happens if any one of us becomes ill and our insurance premiums aren’t being paid? Unfortunately, many of my co-workers as well as myself live paycheck to paycheck. For a lot of us there is no room in our budgets to save significant amounts of money for rainy days such as these.… Everyone is exhausting whatever small savings they may have had. We’re facing evictions and repossessions.”

This explosion of charity is a symbol of the abdication of the government’s responsibility to ensure the right to food for its citizenry.

Until this shutdown, Congress—and the media—looked past the 46 million people forced to rely on food charity to feed their families. The single mom earning $11 an hour at Walmart, without full-time hours or a regular schedule. The fast-food worker earning the federal minimum wage of $7.25, still prevalent in 21 states. The Los Angeles, New York, or Chicago residents paying 60 or 70 percent of their wages in rent just to keep a roof over their heads. The waitress still making $2.13 an hour, who often takes home a negative paycheck from having been taxed on her tips. The immigrant farm workers picking vegetables and fruit in California, whose wages are stolen by unscrupulous labor contractors. The 36 percent of college students who can’t afford groceries or stable housing. Our senior citizens, who represent more than half of the recurrent clients at food banks and food pantries around the country.

These folks are the collateral damage of an economic system that exploits their labor, while Congress and the president have failed to give America’s working class a raise in a decade, or increase their Supplemental Nutrition Assistance Program (SNAP, formerly food stamps) benefits to a more realistic level than the current $1.45 per meal.

As a result, these individuals and their children have become reliant on a network of 60,000 charitable food outlets distributing $5 billion worth of food every year. This explosion of charity is a testament to community goodwill and volunteerism, but it’s also a symbol of the abdication of the government’s responsibility to ensure the right to food for its citizenry.

Rather than the federal government outsourcing to charities its response to hunger, we would like to see policy changes that make the need for food banks obsolete: increased SNAP allocations, a $15 minimum wage, more affordable housing and childcare, universal healthcare, stronger labor laws, and healthier school meals.

The last federal shutdown may be behind us, but the heart-wrenching scenes of federal workers standing in line for food are not. They must now dig themselves out of the economic crisis they were thrown into. Let’s not allow these images to fade; instead let’s stay reminded that economic precarity is the norm for a majority of working Americans—and it doesn’t have to be.